HowToAV Expert Steve Collin explains the latest USB version 3.1 and how the increase in bandwidth and power distribution of this new standard lends itself to distribution and connectivity of audio visual signals.

USB 3.1 and thunderbolt are emerging into the AV technology sector, how will that affect AV connectivity?

USB 3.1 is still quite a confusing subject in itself because it still doesn’t have the true clear identity as to what we’d expect it to be. For example, we all know what USB is in terms of what it’s supposed to deliver us, but in terms of the protocol 3.1 and then type C as a connector which is what this new development is on the end of it, it’s now delivering a lot more to us as a connector and technology than USB 3 was, as we know it. It started at USB 1.1 then 2, we’ve now got 3.1. Unfortunately USB 3 was generation one of 3.1 and USB 3.1 is generation 2 over 3.1 so it gets quite complicated as you go along but essentially the difference between them, is where we all settled on USB 3 delivering 5 gigabytes of data in terms of speed. USB 3.1 generation 2 is giving us 10 gigabyte so it’s a massive amount of data in a very short period of time albeit only one metre. As soon as you go over one metre length of cable you’re down to five gigabytes again. So this is where the technology is getting there, but not quite there yet. It’ll also deliver you power as well up to 100 watts of power available on that one cable and then you’ve got HD video coming down that line now as well. So you’ve got those three core technologies being delivered down that one cable into a universal type-c connector.

There’s a variety of cabling standards doing different things, are these ever going to converge?

In short, for audio it will all be Ethernet based cable.

Thunderbolt (on the Apple side of things), are they going to dismiss Thunderbolt for the USB type C?

I don’t think so based on the fact that thunderbolt can do four times the speed of data that USB type C can do. Based on that fact straight away they’re going to carry on with that.

Is this where there is going to be some crossover between AV and broadcast, as they are using similar storage and distribution are those two technologies going to coincide?

This is where the whole question about SDI comes in and HD SDI, because can SDI be the platform going forward from a broadcast perspective? The simple answer at the moment is no, the reason being it is all to do with licensing. Majority of the licensing that’s around SDI is on the commercial and professional products and SDI doesn’t go into the kind of handheld units and devices you’d expect day to day people use, most of those are going to be HDMI. So that is where HDMI is taking the lead and SDI stays professional.

Got a question for the HowToAV team?..

HowToAV.tv provides a whole host of tips, tricks and technology know-how for the professional and residential AV sectors.
Subscribe to our YouTube channel now at howtoav.tv for all the latest video casts or send us your questions to findout@howtoav.tv 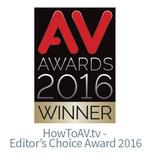 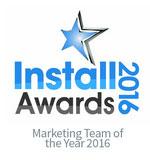 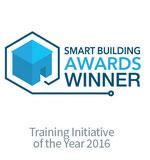